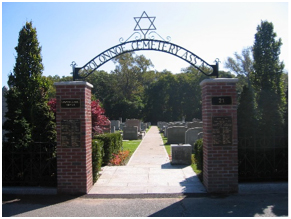 Polonnoe, Ukraine
Also known as Polna, Polonnoje, Polona, Polonna, Polonne, Polonnoye. Over the years leading up to WWII, the Jews of Polonnoe suffered and endured many pogroms, causing the deaths of thousands.  The pre-Holocaust Jewish population was approximately 5,500. Nearly all were murdered by the Germans during World War II. The city of Polonnoe was liberated on January 9, 1944. Those that survived emigrated to Israel, United States, Canada, Australia, New Zealand, Spain and Argentina.

The Jewish Cemetery Association of Massachusetts acquired the cemetery in 1998. Due to the generosity of a major donor a complete restoration of the cemetery took place in 2014. A prayer garden, new walkway, entrance gate and fence as well as newly planted trees and shrubs were part of the overall restoration project. 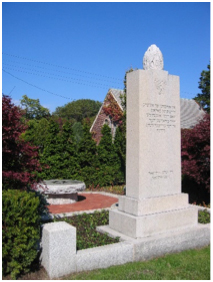