JCAM is proud of its hard-working team of professionals. The day-to-day work of managing more than 120 cemeteries calls for skill, expertise, patience and dedication - and that describes our team. 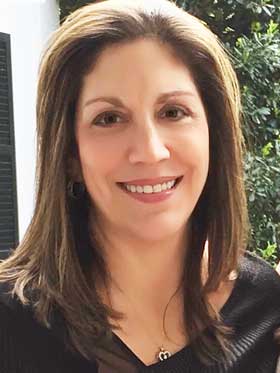 Jamie Cotel has many years of experience in the non-profit world and is the former Executive Director of the Community Alliance for Jewish-Affiliated Cemeteries (CAJAC) in New York. In addition to managing issues and raising funds for declining older Jewish cemeteries, she was instrumental in setting standards and instituting best practices in order to assist those tasked as fiduciaries of Jewish cemeteries. As CAJAC’s Executive Director, her work had a significant impact on the restoration and preservation of Jewish cemeteries in New York and elsewhere. Additionally, Ms. Cotel played a critical role in expanding CAJAC's mission by enhancing its volunteer programs, working closely with community partners and building CAJAC’s advocacy work before the New York State Government and the Courts.

Prior to her role at CAJAC, Ms. Cotel served as a member of senior management for several non-profit organizations, including the national Crohn's & Colitis Foundation of America and the American Society for the Prevention of Cruelty to Animals (ASPCA). She has also served on a number of non-profit boards which include the American Jewish Committee (AJC) and Green Chimneys Children's Services in New York. She is currently the Co-Chair of the Board of Directors of the Jewish Cemetery Association of North America (JCANA).

Ms. Cotel holds a Bachelor’s Degree from George Washington University in Washington, D.C. in political science and international studies as well as a Juris Doctorate Degree with a concentration in international law and business. In recent years, she completed the Institute for Jewish Executive Leadership (IJEL) at Columbia University, an intensive executive management program sponsored by UJA Federation of NY consisting of a cohort of non-profit CEOs in New York City.

Jamie is passionate about preserving Jewish heritage by saving Jewish cemeteries in both Eastern Europe and North America. In recent years, she was a featured speaker in Vilnius, Lithuania at the first world conference on the preservation of Jewish Cemeteries in Eastern Europe. She has traveled extensively and is an avid hiker and rock climber as well as an advocate for animal welfare. Jamie has three daughters, one of whom is a multi-media journalist and news reporter for Spectrum News as well as twins who are seniors at Solomon Schechter High School in Hartsdale, New York. 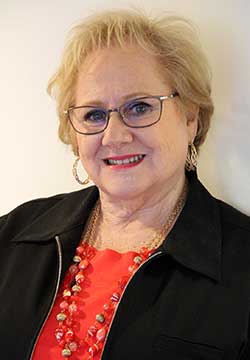 Lisa serves in many roles for JCAM and its Charitable Foundation. Her primary focus is assisting the Executive Director in fundraising and the planning of community events for the JCAM Charitable Foundation. Her years of business experience and her presentation skills have proven valuable to the organization. Lisa has designed unique educational programs to the synagogue community on cemetery customs, traditions and practices. Since 2006 she has conducted educational tours to hundreds of people at various Jewish cemeteries in Massachusetts. Lisa’s grant writing ability, public relations and marketing experience has elevated the awareness of the importance of preserving and restoring historic Jewish cemeteries throughout Massachusetts. Lisa also coordinates and distributes JCAM’s Annual Report. 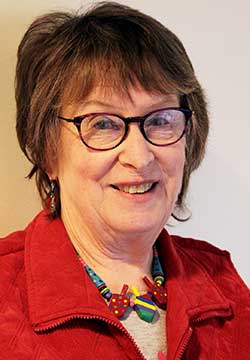 Judith has worked at JCAM since September 1998, previously representing The Synagogue Council on the JCAM Board. Cemetery records and documentation is one of Judith’s main responsibility at JCAM. She manages the inputting of burial records and grave purchases into JCAM’s extensive database and cemetery maps. Judith also interacts with funeral directors on interment authorizations and with vendors on issuing monument permits. Judith speaks to many family members daily, assisting them in placing cemetery work orders when necessary or putting them at ease regarding their family’s lot. Judith also acts as liaison for field supervision staff, caretakers, vendors, and monument dealers. Contact Judith if you are planning or scheduling an unveiling or need help with genealogical searches. Her knowledge of and her affiliation within the synagogue community add to her many assets and talents. 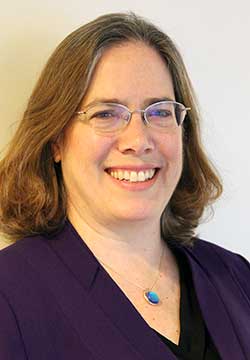 Ellen is our very capable and knowledgeable Finance Director. A Harvard graduate, Ellen has extensive experience in all aspects of finance, budgets and bookkeeping. She is also a Jewish community oriented individual. When not working at JCAM she is also deeply committed to serving as a proud member of the Belmont PTA and a Board member for the Town of Belmont, where she lives with her husband and two children. 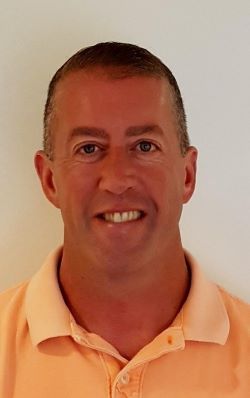 Steve joined JCAM in July 2019 and is our newest team member. He has a wide range of experience spanning over 20 years in management, landscape construction and design which makes him a perfect fit as JCAM’s Director of Cemetery Management. Steve came to us as Supervisor of the Pembroke Department of Public Works – Grounds & Cemetery Department. He has a thorough knowledge of cemeteries, caretaker and field management, contractor and budgetary supervision. Steve also has experience as a small business owner of a landscape company and managing multiple cemeteries south of Boston. He also served in the U.S. Marine Corps for seven years and is a retired Sargent, 1st Battalion - 25th Marines, Camp Edwards. Steve Burns is a great asset to JCAM and we enthusiastically welcome him. 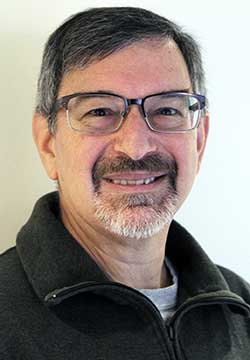 Noah has made a big impact to our organization. His decades of business expertise in organizational review and processes, his keen sense of analyzing, interpreting and enhancing JCAM’s technology is well needed for our overall organizational vision. Noah is primarily supporting JCAM’s cemetery digital mapping efforts, as the organization continues to expand its footprint. Noah has spent over 40 years volunteering in the Jewish community for a number of organizations, including the Montefiore Cemetery in Pelham, NH and the Merrimack Valley Chevra Kadisha. 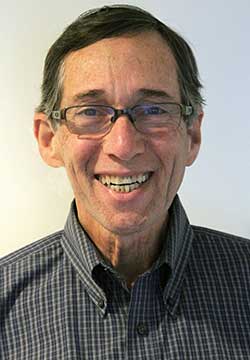 Cantor Kritz applies his broad expertise in non-profit management and logistics to his role at JCAM. His previous service in Jewish education, administration and as a Cantor make him a valuable addition to the JCAM team. Cantor Kritz works closely with our Director of Field Operations, ensuring the daily operation of JCAM's continuously growing Jewish cemeteries. He also contributes to many varied JCAM projects including streamlining its online, searchable database and is actively involved in developing a digital mapping capability of active JCAM cemeteries. His deep sense of community offers the sensitivity and care needed when assisting families with grave purchases and selection. Cantor Kritz passionately views his association with JCAM as a mitzvah.