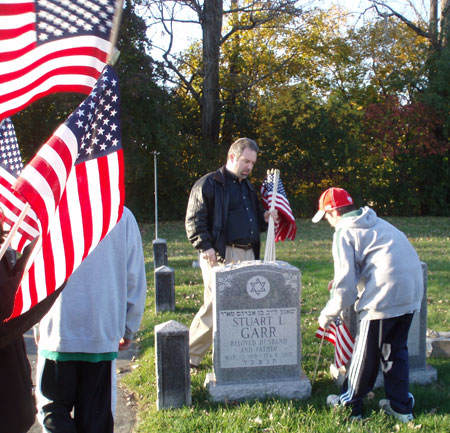 JCAM’s Jewish War Veterans Flag Project (in time for Veterans Day) started as an idea and after a huge success will now become a yearly mitzvah project. 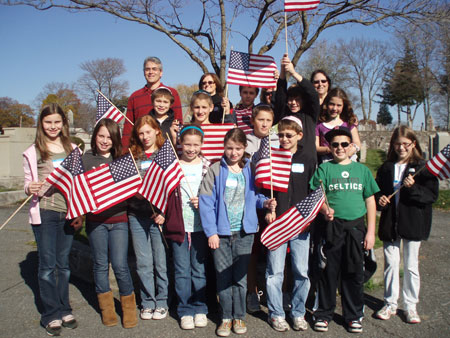 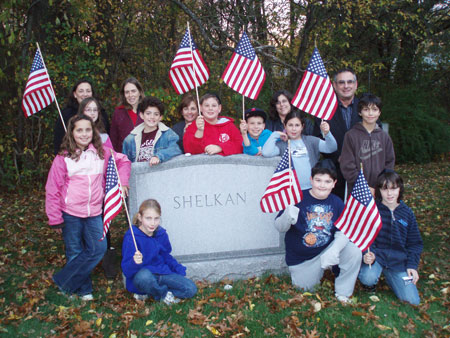 As they stopped by a holocaust memorial on one of the cemeteries they learned not only the significance of Veterans Day but also how Jewish soldiers helped liberate concentration camps during WWII. The children also visited the graves of Jewish men and women who served as army doctors and nurses and learned how Jewish soldiers today continue to serve in the wars in Iraq and Afghanistan. Most importantly, the project impressed upon the children how important is the act of remembrance and of honoring our soldiers both fallen and those still serving our country.

Although not every Jewish cemetery could be visited this year, JCAM hopes to bring even more groups to Jewish cemeteries next fall to continue its mitzvah project as a unique educational experience for Jewish youth. To schedule this or another JCAM cemetery educational program, contact Lisa Berenson at 617-244-6509.